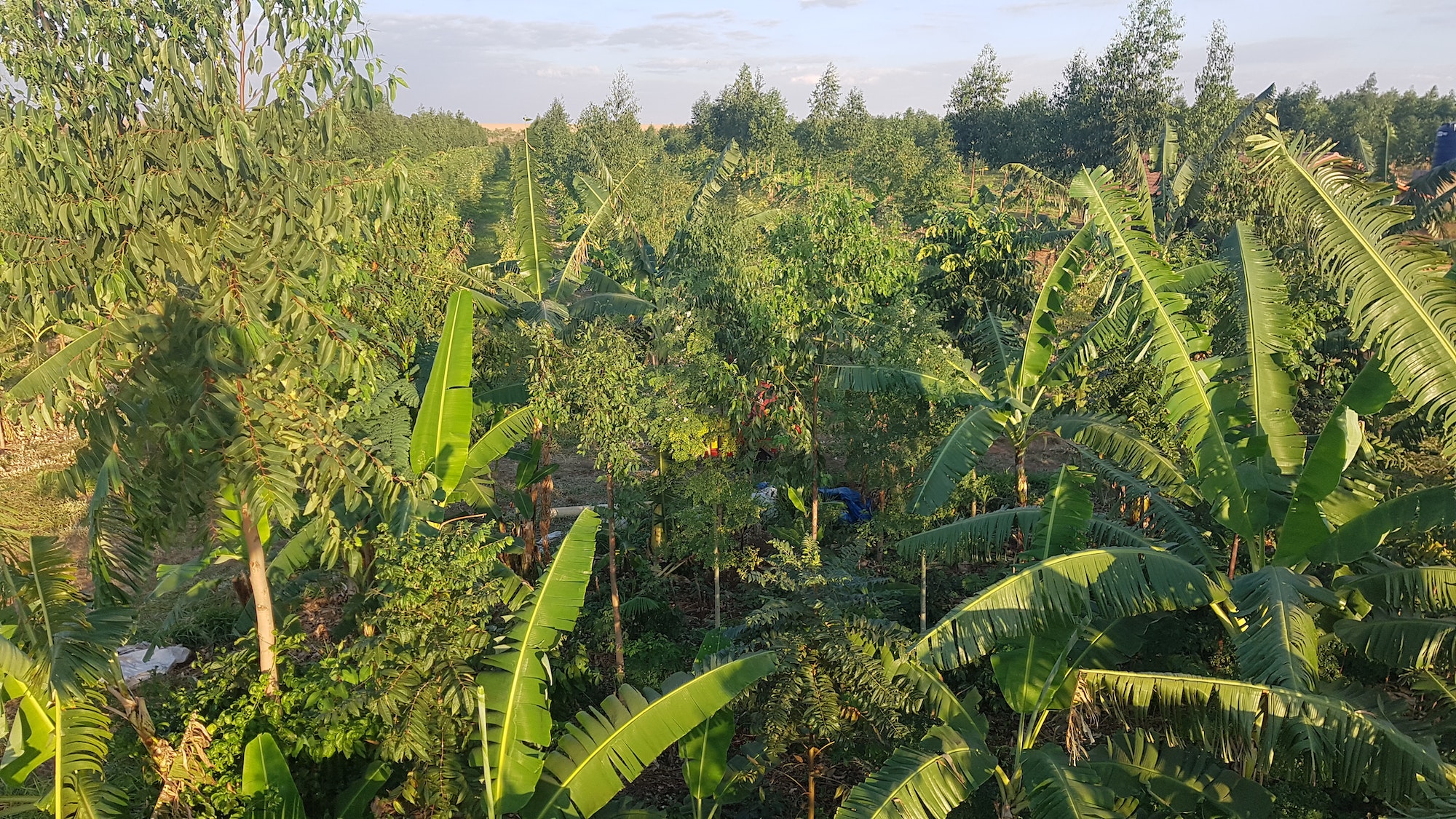 Mata Do Lobo near Rio Verde in Brazil is a first-of-its kind project that uses a radical new way of farming, called syntropic agroforestry. It works by building a self-sufficient ecosystem that doesn’t need external inputs – and that actively removes carbon from the atmosphere. Key to it all is to observe, learn from, and mimic nature itself (‘syntropy means ‘a wholesome association with others’). It’s an approach that allows farmers to unlock both huge productivity gains and large-scale regeneration – simply by harvesting nature's own powers. By contributing to this project, you’ll help the farm scale up from 63 to 450 hectares, and make it financially sustainable for the long-term.

Modern agricultural systems usually need external inputs, such as chemical fertilizer, in order to grow food. With syntropic agroforestry, different species are planted together in such a way that they improve the soil biology and, put simply, help each other grow. The 63-hectare Mata Do Lobo farm grows mainly coffee, banana, Persian lime and Australian red cedar, but also other trees such as eucalyptus, mango, jambolan and various native species. Mombaça grass is then planted between the tree and shrub lines. Plants are layered at different heights, just like in a tropical forest. This is called ‘stratification’, and it maximises sunlight and space and allows plants that naturally need lots of shade, such as coffee, to stay healthy. How is this a climate solution? Some of the trees grown on the farm, such as eucalyptus and moringa, produce large amounts of biomass. The farmers prune the trees each year and distribute the organic material over the soil. This is a very effective way to remove and store carbon from the atmosphere. The grass that’s planted between the shrubs and trees is also a major source of organic matter that’s used as mulch on the soil.

What are the benefits?

This experimental project shows how working with nature rather than against it helps farms to be more productive and tackles climate change at the same time by removing carbon. Now, with the help of your contributions, the project is experimenting with different systems and plant species to help it scale up, produce more coffee, provide more manual jobs, and have a long-term future as a financially viable enterprise.

Everything you want to know about this project, at a glance.