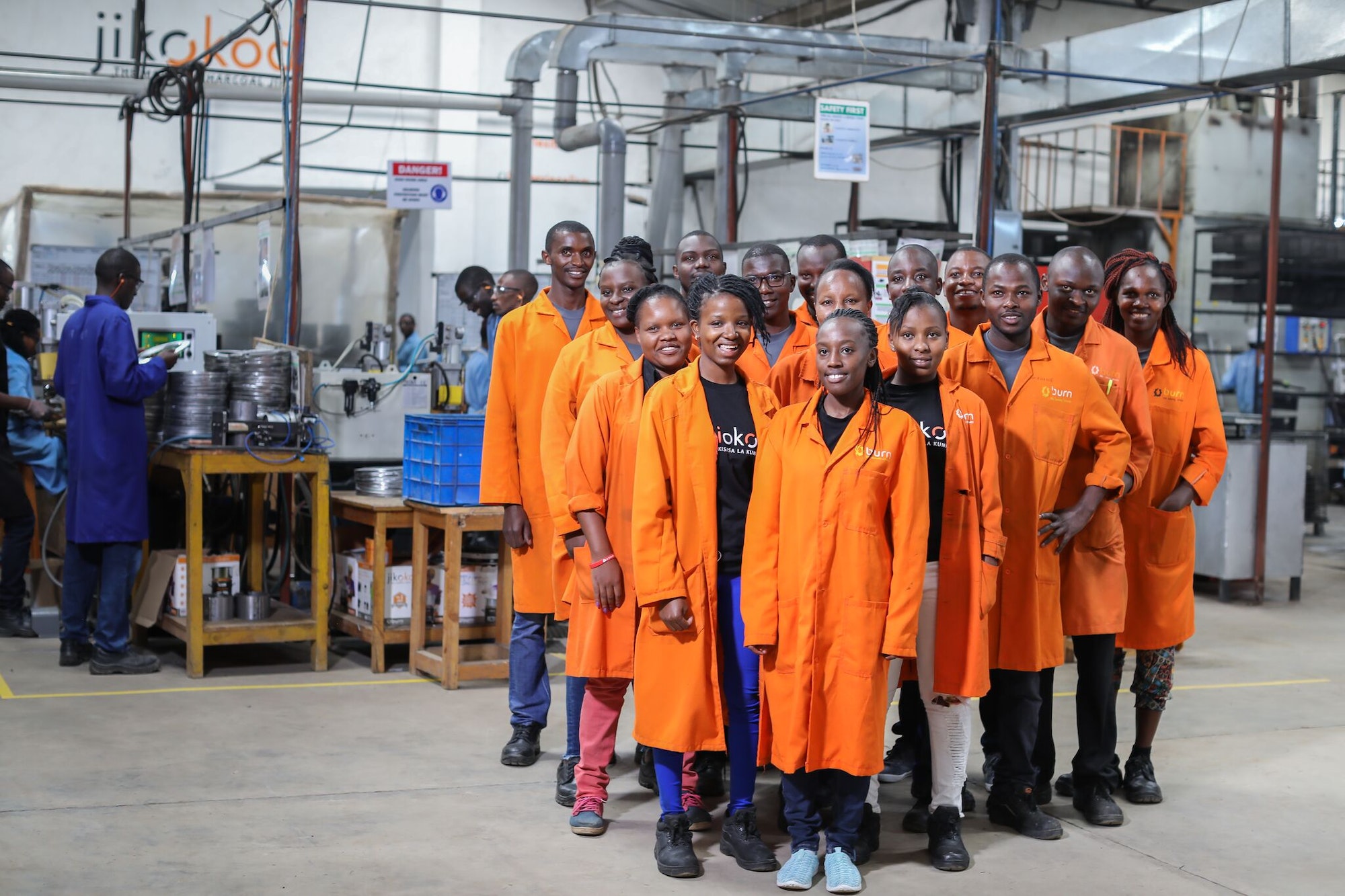 Cookstoves are a hugely important climate solution in Africa. They’re a clean alternative to burning wood or charcoal on open fires or inefficient stoves. They help reduce carbon emissions and smoke pollution. And they can improve people’s lives dramatically.

And BURN’s cookstoves are not just any cookstoves. They’re recognised as the most fuel-efficient biomass cookstoves in Africa. Your contribution to this project will support their manufacturing and distribution, so more people will benefit from using them.

Today, 68% of Kenya’s primary household energy still comes from woody biomass. Most of this is burnt on open fires and inefficient cooking stoves, leading to air pollution and contributing to climate change.

For every tonne of charcoal produced using the traditional method in Kenya, 6 tonnes of wood are needed. Continuously collecting firewood and charcoal leads to deforestation, devastates biodiversity, reduces habitat for endangered species and reduces the carbon uptake by forests.

It’s also a social problem. Most Kenyan households spend a huge portion of their time and income collecting fuel for cooking, with many forced to travel up to 15km outside town to find wood. In the worst cases, mothers are gone for many hours, leaving their children and nursing infants, and in some communities, girls spend their time collecting firewood instead of going to school.

BURN Manufacturing has built a factory in Ruiru, north of Nairobi, to manufacture and distribute super fuel-efficient Jikokoa biomass cookstoves. The company employs over 400 people, 60% of whom are women.

An independent study by UC Berkeley and the University of Chicago concluded that the Jikokoa is the single best investment with the highest return that a Kenyan household can make.

And, because the Jikokoa uses less fuel, it helps reduce greenhouse gas emissions into the atmosphere. The project also reduces pressure on the remaining forest in Kenya and with more forests conserved, the biodiversity within the forests will also improve.

What are the other benefits?

The Jikokoa cookstove might be small but it is mighty. The benefits of switching from traditional coal pots to this compact, modern appliance include:

Everything you want to know about this project, at a glance.